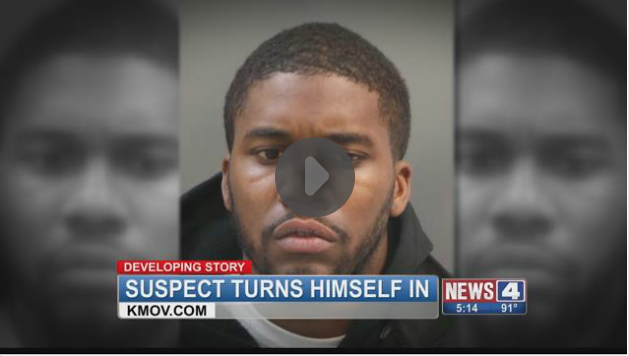 Willie Green, 27, of Belleville turned himself in Tuesday afternoon after allegedly speeding through a red light moments before hitting another vehicle on New Year’s Eve, which killed the driver and left the passenger in critical condition.

Green was arrested shortly after the accident, but eventually released from police custody. Authorities said charges were not immediately filed because it took the state nearly eight months to deliver lab results from blood-alcohol tests.

The results showed Green’s blood-alcohol level was more than twice the legal limit when the crash happened. He now faces manslaughter and assault charges.

Xander Wohlstadter drove the car Green allegedly struck, and died following the accident. The victim’s mother, Beth Lewandowski, said it was unsettling that the man responsible for her son’s death was not in police custody until recently.

“We were initially told it was going to be about eight weeks for the test results, and then it turned into three months, four months,” said Lewandowski. “It’s been really frustrating because I can’t get closure on a lot of things because the criminal case is still pending.”

Although Emma Casey survived the accident, she is still recovering from serious injuries. The Webster Groves High School senior, who was inside the car with Wohlstadter, suffered a traumatic brain injury and was in a coma for a month.

“It limited me from walking, talking. I was a paraplegic, so two of my limbs were paralyzed,” said Casey. “I was kind of upset that he wasn’t charged, and it’s not just to be held accountable for taking Xander’s life. I was in the accident, and I don’t want anyone else to get hurt, because he could do it again.”

Investigators said they also collected Green’s DNA from the driver seat airbag of the car responsible for the crash, which is a key piece of evidence for prosecutors in this case.