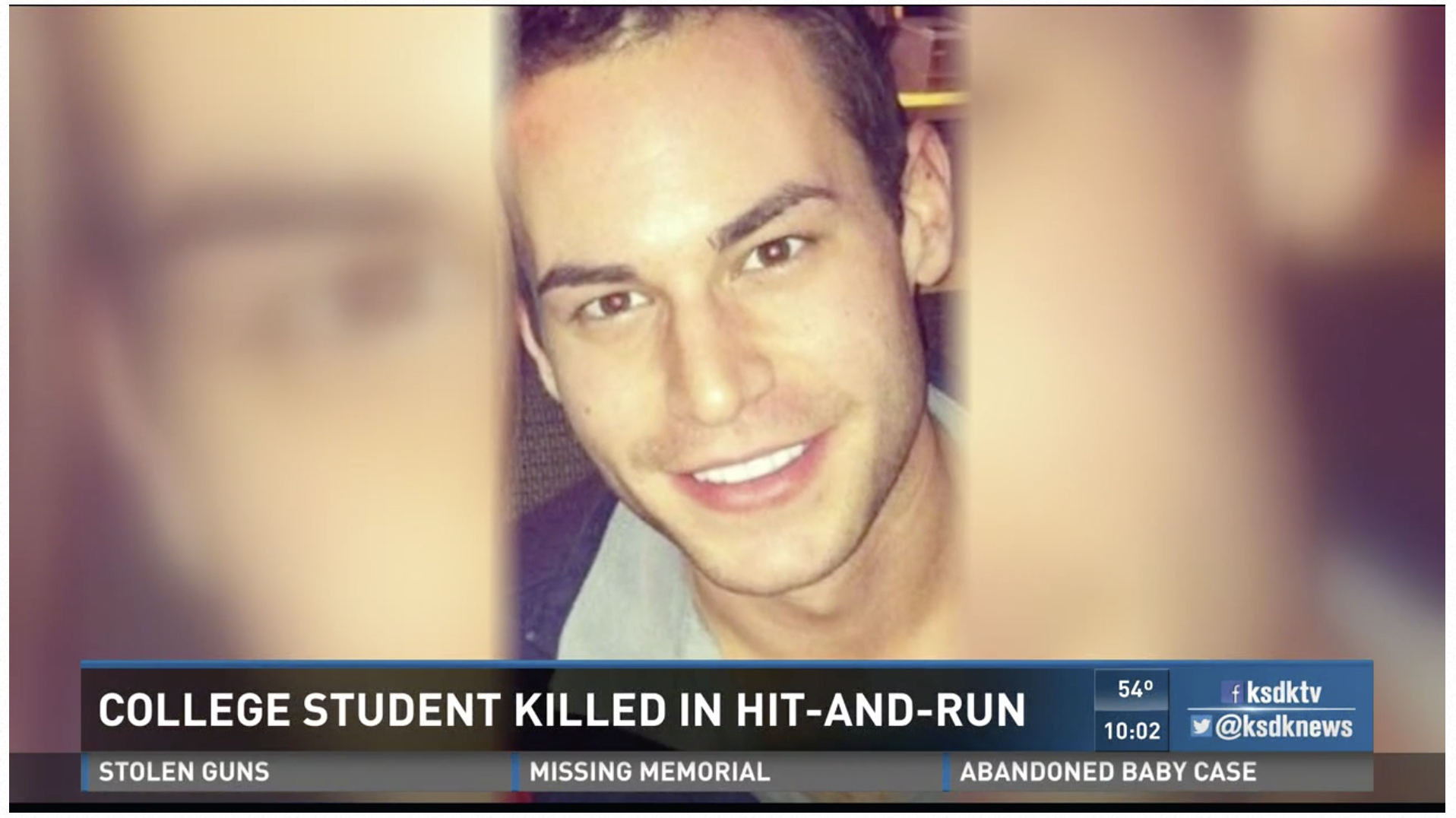 UPDATE: A previous story said Nicholas Barnes was killed in a hit-and-run. Police have since found the driver that left the scene did not hit Barnes. The following story indicates these changes in information.

An Illinois college student and father was killed in a pedestrian struck accident Friday night in St. Louis, just days before his birthday.

Police and Family members identified the victim as Nicholas Barnes, who would have turned 26 on Monday. His sister said Barnes was out celebrating when the crash happened around 10:30 p.m. at Sarah & Lindell in the Central West End.

Police initially said the driver who fled the scene struck and killed Barnes, but now say the first car did not hit him. A second vehicle was involved, and police said that car was the only one to hit Barnes. That driver stayed on scene and called for help.

Barnes was born in Virginia, but grew up in Effingham. He was the father of a 6-year-old girl and was attending classes at Southern Illinois University Edwardsville while working at Mercy Hospital.

His sister said he had a zest for life and loved living in St. Louis.