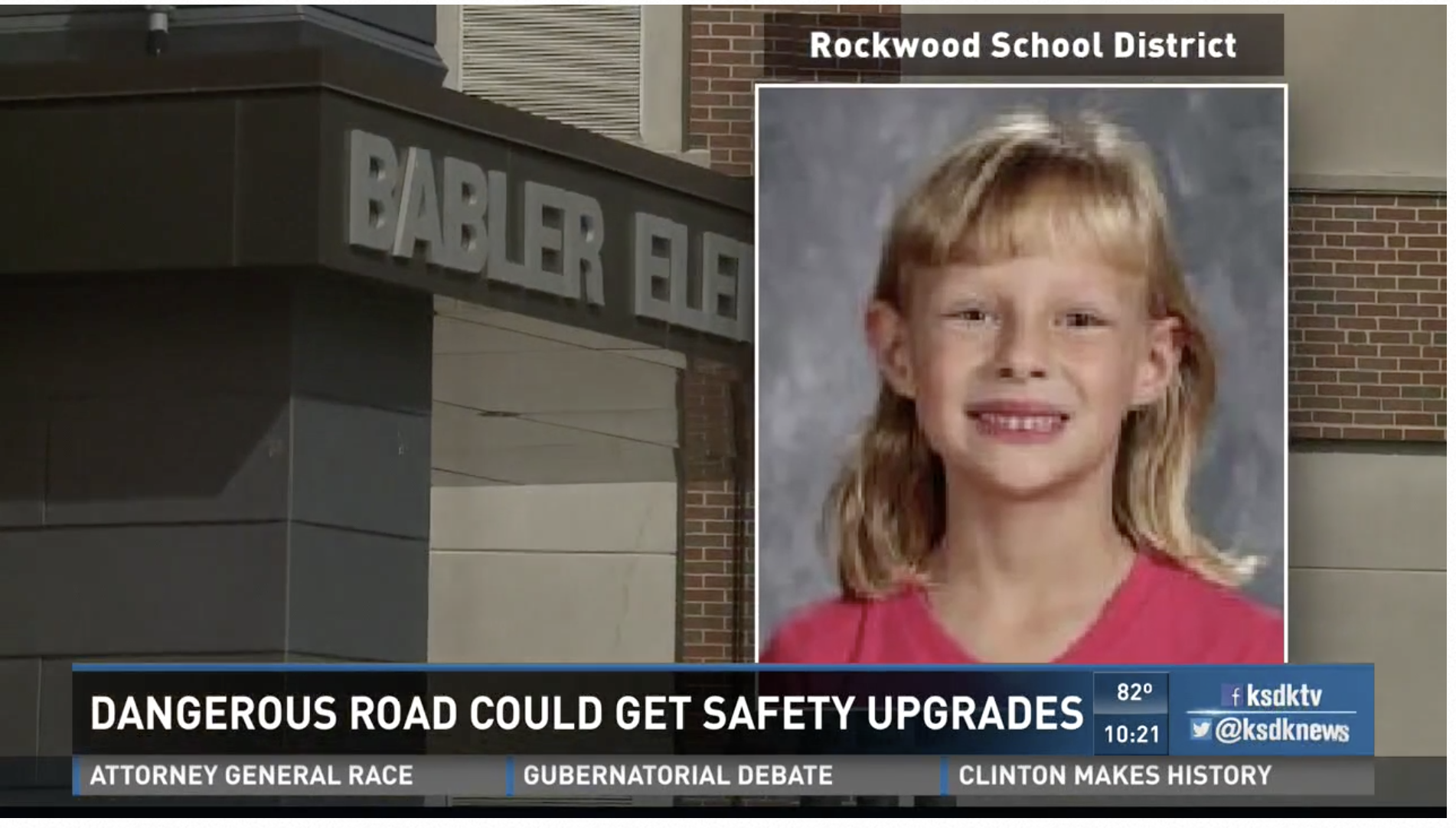 A dangerous road in West St. Louis County could soon get a safety upgrade.

Highway 109 runs past several schools in the Rockwood School District, including Babler Elementary. That’s where 7-year-old Rachael Bick was struck and killed crossing the highway in April. She was on her way to a father daughter at the school when it happened.

Near one end of the school, at Highway 109 and Shepard Road, Wildwood Mayor Jim Bowlin wants to add beacons to an existing crosswalk. He also wants to build a new crosswalk to allow access to the other side of the highway.

“That’s going to help us do what we want to do which is always protect our citizens,” Bowlin said.

Bowlin said the project could cost about $50,000 and the city is applying for a state grant to help fund it.
He said pedestrians and bicyclists also rely on the crossings for access to the many trails that wind through Wildwood.

“I think it’s a nominal expense to make people safer, and that’s what we should do,” he said.

“We always welcome any conversation or any concerns that people bring forth and definitely any resolutions,” said Dr. Eric Knost, Superintendent of the Rockwood School District.

Knost added, it would also be helpful to better explain the parking situation at the school.

Bick was not struck at the Shepard intersection, rather, further down the road near an exit from the school property.  Knost explained, when the front school parking lot fills during busy school events — like the father-daughter dance — many people choose to park in a lot across Highway 109. Instead, Knost hopes people will choose to park in the school’s back parking lot, where he said there is “ample” parking.

The district has considered other options, too.

“I’ve mentioned that, in the future when we have huge events that are going to overflow … in light of what’s happened in the past, we may consider people at Lafayette high school and actually shuttling,” Knost said.

Addressing the parking suggestions, Mayor Bowlin said he also wants to offer the district help from Wildwood police if they need traffic control during large events.