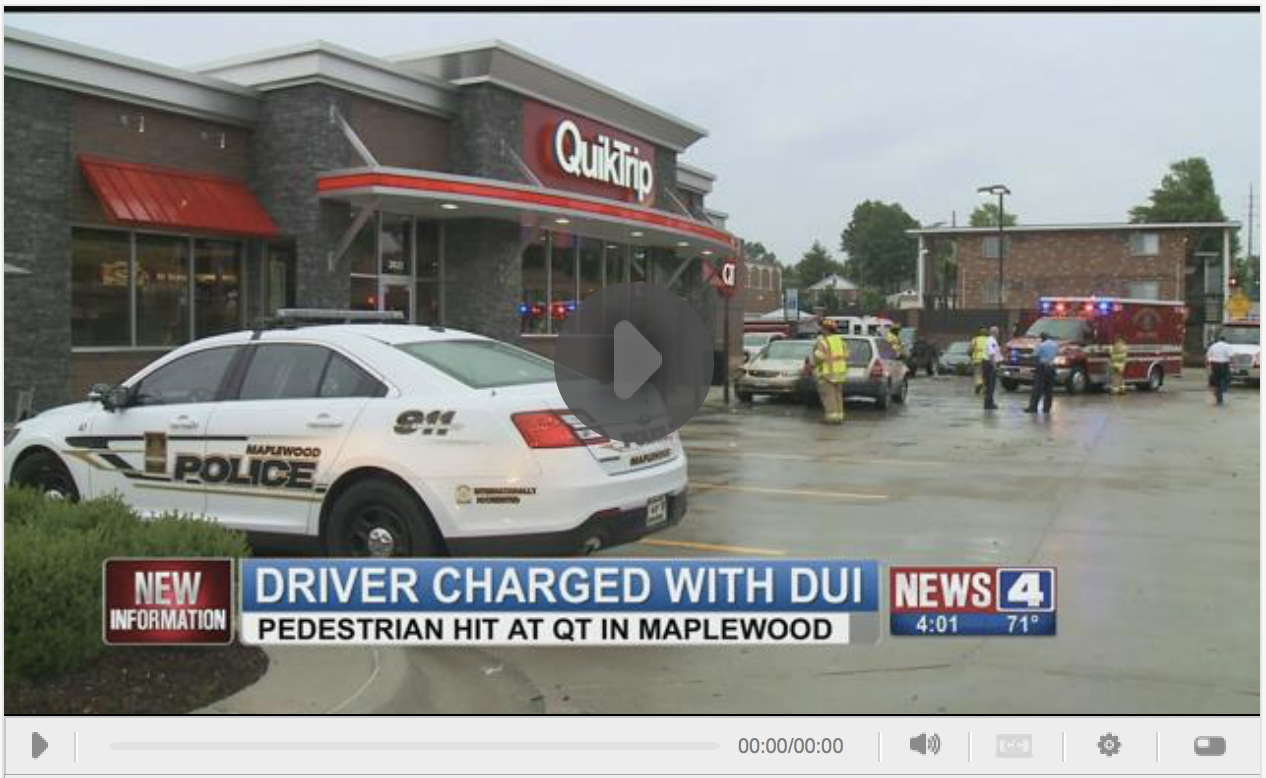 ST. LOUIS (KMOV.com) – A driver is in custody after a man was struck by a vehicle while in a Maplewood gas station parking lot Friday morning.

The driver has been charged with DWI and assault.

According to police, the pedestrian had exited the QuikTrip on Big Bend at Manchester and was attempting to enter his vehicle when the driver lost control and struck him shortly after 6 a.m.

The victim, described as a man in his 50’s, sustained serious but non-life threatening injuries.

The driver, a woman in her late 20’s, was taken into custody at the scene.

Skyzoom 4 was over the scene and saw a silver SUV that appeared to have crashed into the side of another vehicle. The vehicle was seen being loaded onto a flatbed tow truck following the incident.