ST. LOUIS – The family of Dillon Dean, a recent Mizzou graduate, says somebody hit and killed him and is getting away with it. 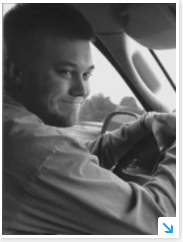 “Somebody really killed him and left, and all these things go through your mind, ‘Did he suffer?'” said dean’s cousin David Flowers.

Flowers said Dean moved back home to Granite City after he got a job as an engineer in Chesterfield. Flowers said the night of the accident, Dean got together with some fraternity brothers Friday night at Ballpark Village.

He said the next thing his family, heard was that Dean was walking near i-70 and the Stan Musial bridge when a hit and run driver killed him.

“Every morning I wake up I think it’s not real, every time i look down the street to see what he’s doing since he’s two houses down, every time a car passes, I look to see if it’s him so I can say hi like I always did. It’s a hard thing,” said Dean.

Police said they have no leads in the case. Dean’s family is collecting money to offer a reward using GoFundMe hoping it will convince somebody to tell police what they saw.