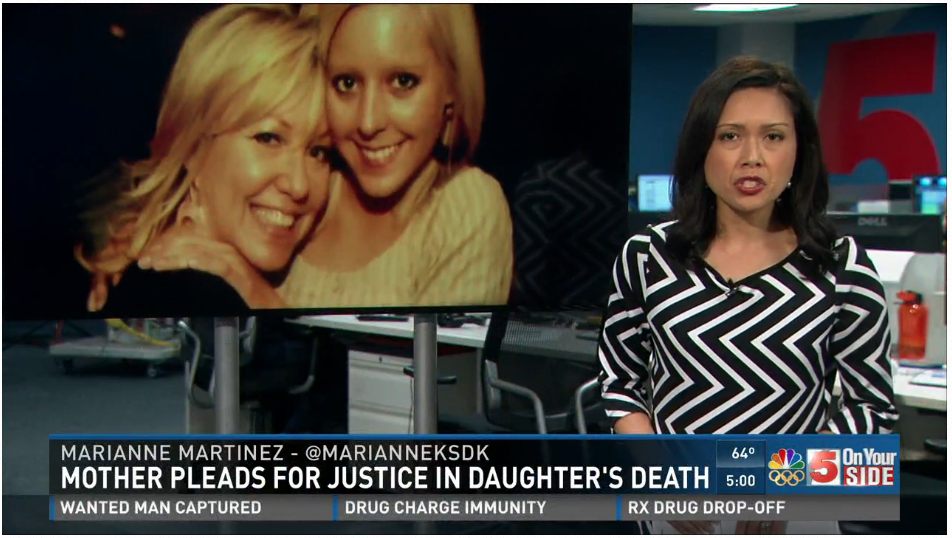 In April 2012,  Amber Wood, 23, was crossing South Broadway when she was struck and killed.

The case remains unsolved, but Wood’s family and friends are still hoping someone has information that could lead to an arrest in the case.

“It won’t change my heart. It will always be broken, but at least give Amber’s friends and everyone that’s been a part of this incident some hope that people do pay for their crimes,” said Georgie Busch, Wood’s mom.

The car that hit Wood was found at a salvage yard in Madison County, Illinois days after the accident. The owner of the car, Eric Peterson, is facing charges of obstruction of justice, a class 4 felony. Madison County officials said Peterson tried to get rid of evidence.  He is out on bond, pending the court case.

However, nobody was never charged in connection with fatal accident itself due to a lack of evidence in that case.

Friday night, Wood’s friends and family organized a vigil on South Broadway. There is a $10,000 reward in the case.