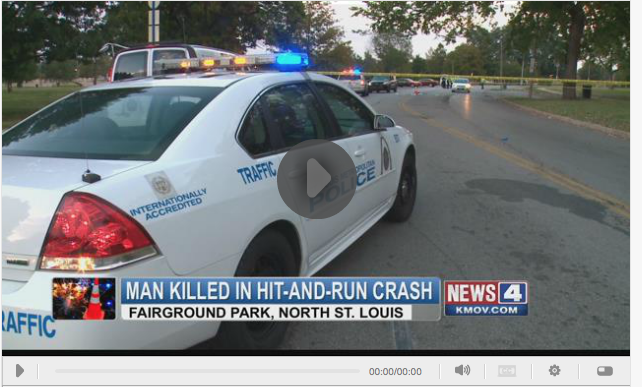 (KMOV.com) –  A 23-year-old man has been charged in a fatal hit-and-run car crash that happened in Fairground Park on September 27.

Edmond Cortez Washington is charged with involuntary manslaughter, leaving the scene of an accident, and driving with a suspended license.

The incident happened around 5:00 p.m in north St. Louis. Police said Washington was speeding through the park in the wrong lane and hit and killed a man while he was crossing the road.

“The speed limit inside the park is 25 miles per hour,” said Lt. Paul Lauer, Commander of Traffic and Safety Division. “According to the witness, the car that struck him could have been traveling double or more that speed limit.”

Lauer says the victim, identified Tuesday as 29-year-old Nathaniel Thomas, was walking alone. This is the second fatal hit-and-run to be in or near the park in the past month. In August, a woman was hit and killed while walking across Natural Bridge near Fairground Park.

“We’re up here a lot on Natural Bridge because of the speeding complaints,” Lauer said. “We’ll definitely be monitoring the park as well.”

Accident reconstruction was called to the scene.

The investigation is ongoing.