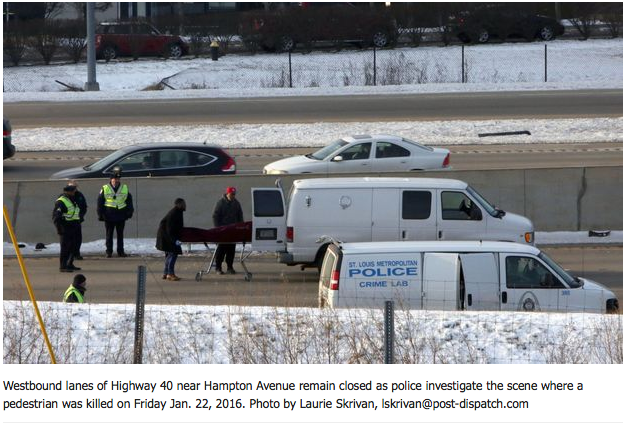 A pedestrian was struck by a car and killed on Highway 40 (Interstate 64) just before 7 a.m. Friday.

The driver who hit Wiggins told police that he was westbound on Interstate 64 approaching Hampton Avenue when Wiggins suddenly appeared in front of his vehicle. The driver attempted to swerve to avoid hitting him but still struck him.

Wiggins was pronounced dead at the scene.

All westbound lanes of the highway were shut down while police investigated the crash. It wasn’t clear why Wiggins was in the road.