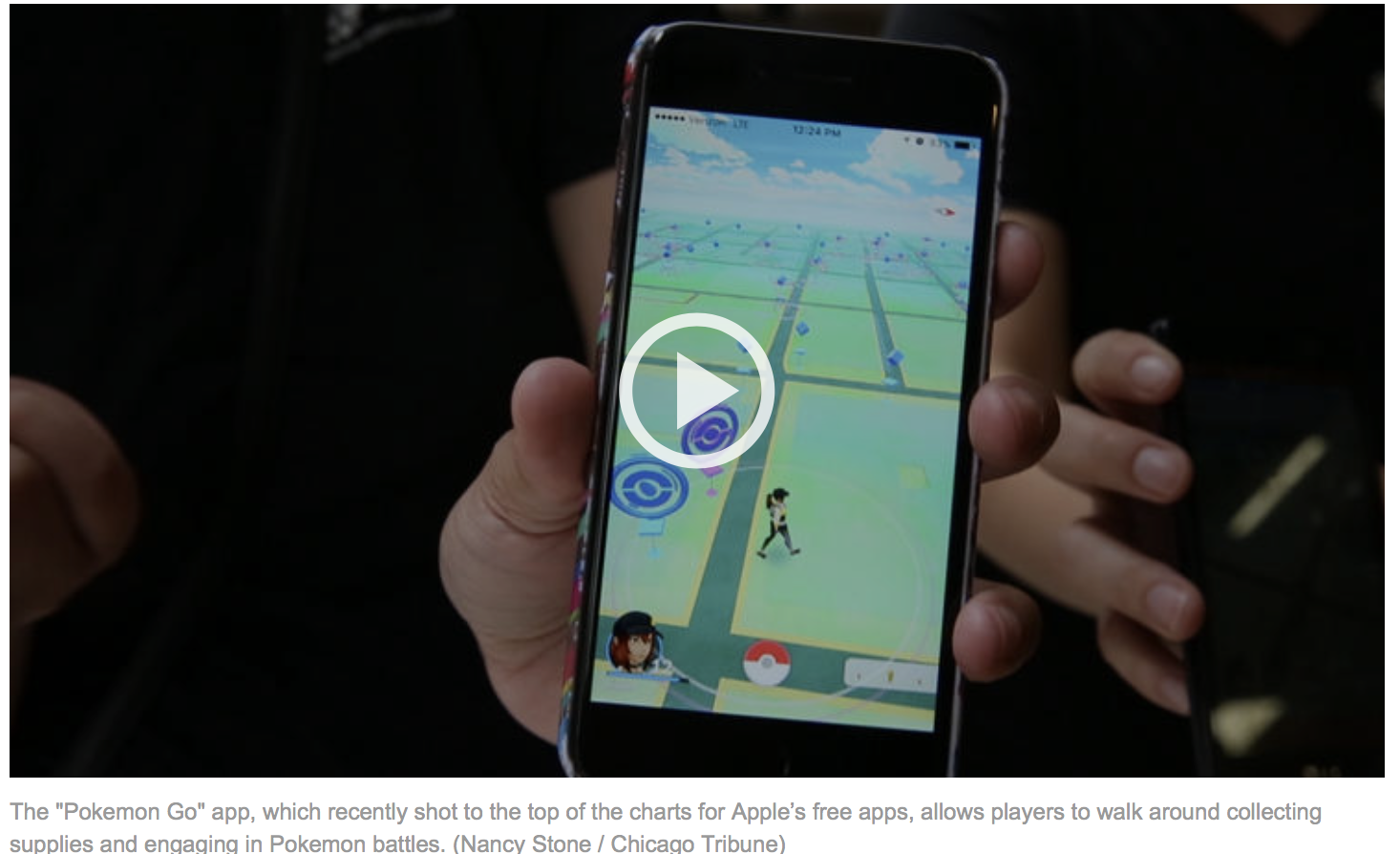 The “Pokemon Go” craze sweeping the globe can pose some serious health risks — and not just to the digital creatures that are the game’s intended targets.

The free “augmented reality” game, designed for Apple and Android smartphones, lets players use their phone’s camera to capture, train and trade virtual Pokemon characters that can appear without warning in a real-world setting.

But the immensely popular game — the top grossing app on iTunes, less than a week after its release — is so enthralling that players are unintentionally placing themselves in harm’s way. Unanticipated consequences include sprained ankles, bruises from walking into traffic, trees and lamp posts, risky driving and even some robberies, according to reports from across the United States.

“People really need to watch what they’re doing and make sure their kids understand where this game could lead them,” O’Fallon Police Sgt. Phil Hardin told the St. Louis Post-Dispatch. “Our concern is that some of the way points in this game are in geographically more dangerous areas than others. Other people are using the machinations of all this to put people in danger.”

Injuries have been reported in the obsessive pursuit of the digital creatures. Mike Schultz, 21, of Long Island, N.Y., told The Associated Press he lost control of his skateboard and cut his hand while looking for Pokemon on his phone.

“I just wanted to be able to stop quickly if there were any Pokemons nearby to catch,” he admitted.

Any problems are the fault of the users, not the game, suggested John Hanke, chief executive officer for Niantic, the game’s maker.

“That was a very deliberate choice,” Hanke said of the Long Island man’s mishap. Hanke told Business Insider that players need to pay attention to their surroundings. When a Pokemon appears on a screen in a dangerous location, users don’t have to rush to capture it, he said.

The Park Ridge, N.J., Police Department posted this warning on its Facebook page: “There have been several reports throughout the country concerning accidents and injuries from children and adolescents walking around, solely focused on their wireless devices and not realizing what is taking place around them. There have been pedestrians struck, vehicle accidents, and personal injuries due to falls.

“Around Park Ridge, we have also seen large groups congregating near busy roadways, while on their devices playing the game. Although this is a game that encourages people to get outside and walk around, we would be remiss if we did not mention the associated risks and concerns,” the department added.

In other cities and towns, police have offered safety tips for folks playing the game, especially children. The Philadelphia Police Department told a local news station that parents should remind kids of the dangers of meeting strangers. They should also restrict where kids can capture Pokemon, so they can keep track of their children, said Philadelphia Police spokesman Eric Gripp, according to the Christian Science Monitor.

He, too, urged users to watch where they’re going.

“I’ve already seen a number of people — both kids and adults — so engrossed while staring at their phones and following a map that they’ve walked right into the street and into objects,” Gripp said. “Pay attention!”

Despite the potential hazards, there may be a bright side to this phenomenon. Instead of the stereotype of “gamers” who are holed up indoors, some “Pokemon Go” users are outdoors — on streets, in parks and on beaches for hours on end.

Kay Collins, 22, a health care worker in San Francisco, told The New York Times that she played “Pokemon Go” for half a day Sunday. “My pedometer says I’ve taken way, way more steps throughout the day than I used to before I started playing this game,” she said.