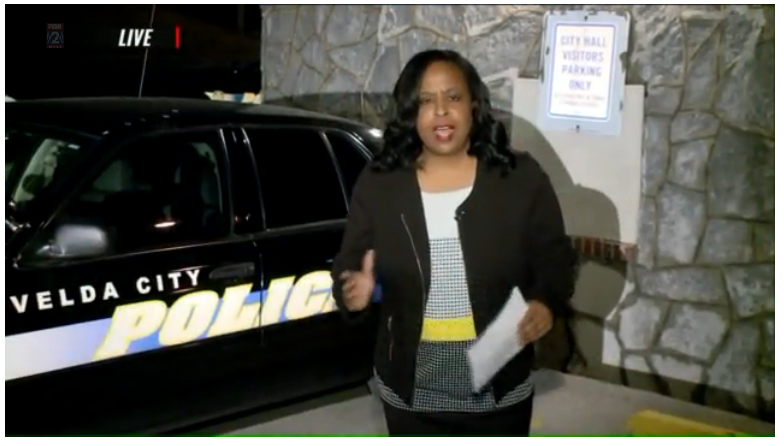 Posted 7:34 pm, February 27, 2016, by Kelley Hoskins, Updated at 10:18pm, February 27, 2016
VELDA CITY, MO (KTVI)-  Velda City Police are searching for Milakal Hamilton, 24, of St. Louis, who they say is the suspect in a fatal hit and run on Friday.Keisha Redding, 23, was killed Friday while crossing Natural Bridge near Lucas and Hunt. Velda City Police Chief Daniel Paulino says the driver was trying to avoid a traffic stop and speeding when he struck Redding.  The car involved in the incident, a red Monte Carlo with a white hood, was found abandoned in St. Louis City on Friday afternoon.

Velda City Police released surveillance video Saturday that they say shows Hamilton running a red light at the intersection of  Natural Bridge near Lucas and Hunt. Moments after that, police say he struck Redding. He did not stop.

Hamilton has a criminal record and is well known to police. Anyone with information on the whereabouts of Milakal Hamilton should call police at 314.382.7004.