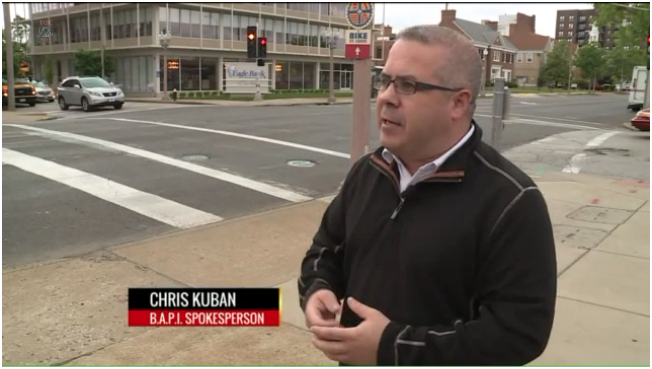 ST. LOUIS (KTVI) – Recent cases involving hit and run drivers in the St. Louis area are causing some to call for tougher penalties.

She lives blocks away from Friday night’s deadly hit and run crash near the intersection of Lindell Blvd and Sarah Street.  Police identified the victim Tuesday as Nicholas Barnes, 25, of south St. Louis County.  He was struck by one car that fled the scene.  Police are still searching for that driver.

Foskin says the hit and run hits close to home because she was struck by a Central West End driver last year.

“It threw me about 10 feet,” said Foskin.  She was hospitalized for 2 days.  She says that driver did stop, but her husband was bicycling in the Central West End when he was struck by a hit and run driver.

“It launched him over the handlebars,” said Foskin.  She said the driver kept going.  “He had three fractured ribs, a punctured lung and a separated shoulder.”

St. Louis Metropolitan Police are also looking for a hit and run driver who struck a man near Dr. Martin Luther King Dr. and Kingshighway Blvd. Saturday night.  That victim was in critical condition.

Missouri State Highway Patrol investigators are looking for a hit and run driver involved in a fatal crash in Cedar Hill.  That driver struck and killed a man on a scooter.

The string of hit and runs come just as one group rallied to toughen penalties on hit and run drivers.  The Bicycle and Pedestrian Initiative, or B.A.P.I., was named after Bapi Gupta.  He was killed last year by a hit and driver traveling south on Broadway.  It’s the same crossing where Amanda Wood was killed.  No arrest has been made in her death.

The group held a candlelight vigil Friday night just hours before the fatal hit and run in the Central West End.

“We want to become the voice of those that have lost their lives here in St .Louis to hit and run accidents,” said B.A.P.I. spokesperson Chris Kuban.

His group is fighting to increase the penalty for hit and run cases by upgrading the felony level of the crime.  Kuban says legislation is gaining traction, but time is running out.  Missouri’s legislative session is scheduled to end one week from Friday.