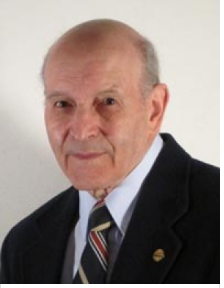 The deaths of pedestrians on South Broadway in St. Louis due to speeding motorists, most recently that of Mr. Ashish “Bapi” Gupta on June 28, have led to calls for an increase in pedestrian safety on this road. The campaign in support includes a website, “Bapi Safe Streets,” as reported July 13 in the Post-Dispatch. Some suggestions mentioned in the article included “perhaps using cobblestones.”
The idea of using cobblestones reminds me of the one occasion I bicycled around Laclede’s Landing where cobblestoned streets provide a retro look, but an awful ride.

Other techniques, such as speed bumps, are sometimes used in parking lots or private streets to slow down vehicles. Bumps are a brain-dead method. They jolt your vehicle mercilessly unless you drive either very slowly or floor the accelerator so that you fly over them before your suspension has time to react.

Finally, there’s the stop sign. It’s intended to define priority at intersections, not calm traffic, but local residents often successfully demand them for the latter purpose.

There are actually numerous traffic-calming devices available in transportation engineers’ toolbox. They include:

• Chokers, including median islands, to physically narrow the lanes;

They have different operating characteristics, and some are more successful than others. The speed hump, and its more recent derivative, the speed cushion, offer a preferred solution, yet they are the least used locally.

I first became interested in traffic calming in England while a scientist working at ITT’s Central Research Lab. We had a speeding problem on the main campus road, and after learning about speed humps installed on a university campus, persuaded management to install two at strategic locations where they worked very effectively.

At the time they weren’t approved for use on public roads, but later that changed, as I discovered on a visit to England in early 2002. While bicycling through east London I encountered a series of speed cushions on a side street with a 30 mph speed limit, as shown in the attached photo. Each speed cushion is 6 feet, 8 inches long by 6 feet wide, and 3 inches high, arranged in a line across the road but separated so that emergency vehicles can straddle them.

The most comprehensive traffic-calming pilot project in the metro area was implemented by Chesterfield in 1999, centered on Schoettler Valley Drive, costing roughly $100,000. It included speed humps, a large one lane roundabout, and landscaped medians for lane narrowing. The speed humps proved too effective for a Chesterfield alderwoman on her preferred route to work. She persuaded the independent Chesterfield Fire Department to withdraw its initial support and the city was forced to tear them out.

A PowerPoint presentation I’ve prepared illustrates all types of traffic-calming devices, including videotape of the Chesterfield project and a smaller one in Ballwin incorporating a chicane and mini-roundabout. The presentation includes the precursor of the modern speed hump, a design conceived in 1953 by Arthur Holly Compton, a Nobel laureate in physics, while he was chancellor of Washington University St. Louis. There are examples of his single-hump design on Hoyt Drive, installed after his death.

I’ve shown this presentation, and a speed cushion I bought for demonstration purposes, to former public works directors in my hometown of Ferguson and also in Clayton, as well as to transportation engineers at Horner & Shifrin in St. Louis, which had conducted a 2005 Traffic Calming Study for the city of Ferguson. Unfortunately none has adopted it for traffic calming.

However, in October 2009, the city of Wildwood purchased a set of rubber speed cushions to try out on Old Fairway Drive to deter speeding. They were replaced by asphalt versions before winter plowing and have proved sufficiently successful to have been duplicated at several other locations.

Speed cushions are a cost-effective way of preventing such tragedies as the death of Mr. Gupta. Their use should be seriously considered.
Martin Pion of Ferguson is a scientist and 43-year cycle commuter, and a certified League of American Bicyclists cycling instructor.