ST. LOUIS, MO (KTVI) – A St. Louis horse carriage worker has been hit by a hit by a car in downtown St. Louis at around 5pm.

A female carriage driver was struck by a vehicle in the 500 block of N. Broadway. Police say it was an accident but the vehicle fled the scene.

Officers found the suspect’s car in the 2300 block of Arsenal. The driver was taken into custody.

The victim was treated on the scene by EMS. There are no details about the victim’s condition at this point. 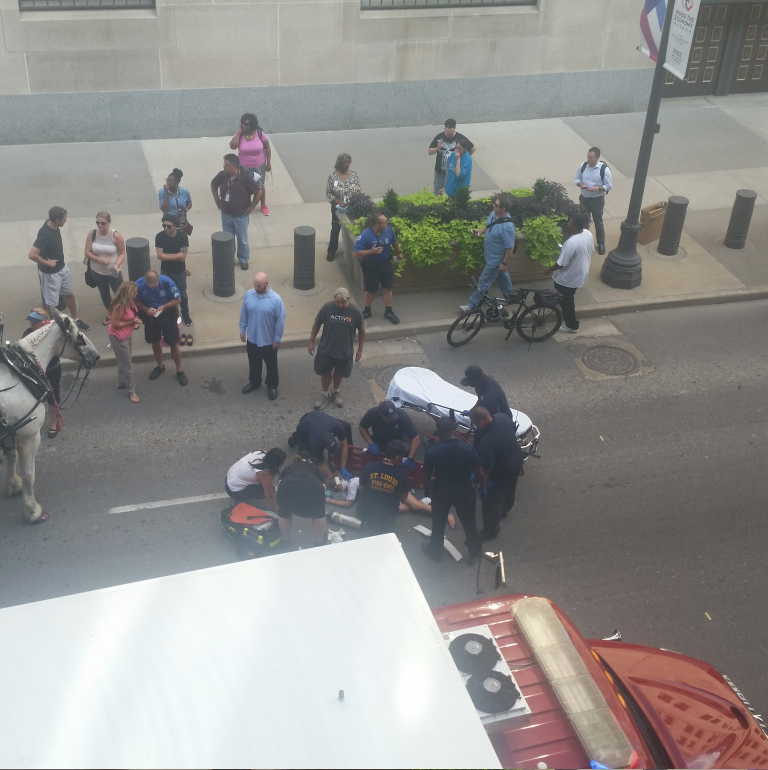 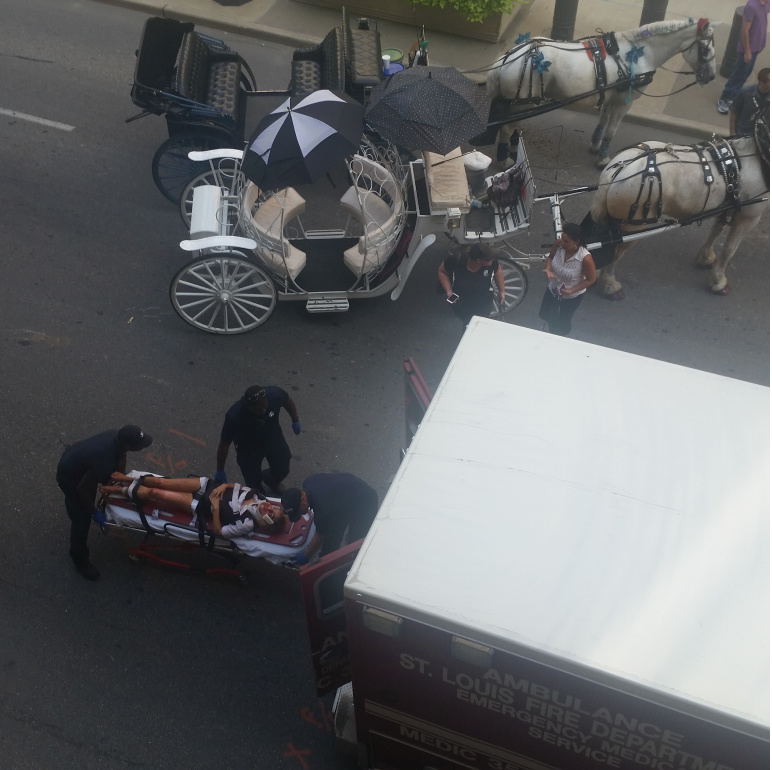