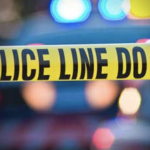 ST. LOUIS • Authorities said Monday that Thomas Gilson, 39, of the 2300 block of Rutger Street, was the man killed in a hit-and-run crash here Sunday night. It occurred at South Jefferson and Chouteau avenues about 11:37 p.m.

According to police, the unknown driver of a Ford Edge was traveling west on Chouteau Avenue, approaching South Jefferson “at a high rate of speed” before running a red light. The Edge struck Gilson’s Acura ATL, causing it to spin and run into a light standard.

The Edge rolled over, hitting a third vehicle. The driver of the third car was not injured. The Edge driver fled. Three passengers in his car were taken to a hospital.