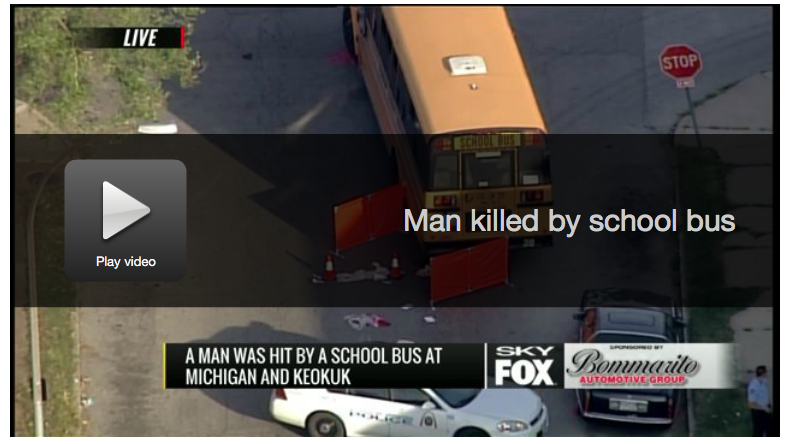 ST. LOUIS, MO (KTVI) – A teen has been struck and killed by a school bus in the city of St. Louis. The accident happened near the intersection of Keokuk and Michigan.

The victim was 18 or 19 years old.  He died at the scene of the accident near the rear of the bus.

St. Louis City Police are blocking the intersection.  Accident reconstruction crews are on the scene.

The bus was carrying 15 students from Staton Elementary from the Rockwood School District at the time of the accident.  None of the children were hurt.  All of the students were voluntary transfer students from the city heading home for the day.  Two additional buses were sent the scene to take the children home.

The district says it will have counselors on hand Tuesday at school if anyone needs them.