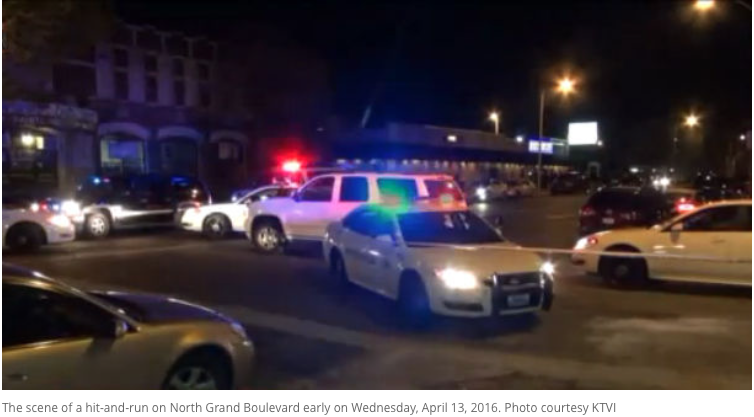 No arrests had been made.

The first happened just before 9 p.m. in the 3000 block of North Florissant Avenue. The area is near St. Louis Place Park.

Police identified the victim as Percy Wade, 45, of the 3200 block of North 20th Street.

The vehicle was described as a white Chevrolet Impala. Police had no description of the driver.

She had been crossing North Grand when a gray or silver Chevrolet Malibu heading south on Grand hit her, police say. The car was going at high speed and left the scene, going south on Grand. Police say it happened at 12:04 a.m. Wednesday.

The woman died at a hospital. Police say she had not been identified.

Authorities asked anyone with information about either fatal hit-and-run to call CrimeStoppers at 1-866-371-8477.

Meanwhile, a pedestrian was struck before 8 a.m. Wednesday on westbound Highway 40 (Interstate 64), not far from the Clark Avenue entrance ramp. Police say the male was conscious and breathing, and the driver of the vehicle that struck him stayed at the scene and was cooperating with police.