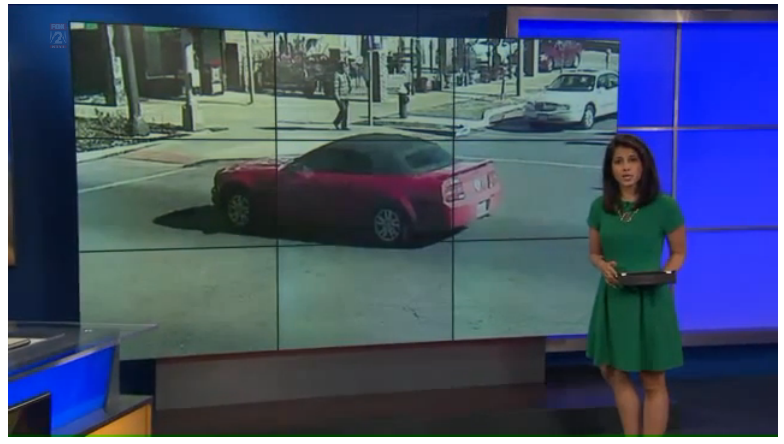 (KTVI) More than two weeks after she was struck in an apparent hit-and-run, a south St. Louis cyclist is grappling with serious injuries and an unsolved case.

“I have not been able to be on a bike or to run in about the last 16 days and it’s frustrating,” she said.

There is more to DeZego’s frustration. She has been experiencing tremendous leg pain since late January, when she was hit by a vehicle on S. Grand Boulevard in south St. Louis.

DeZego and her husband were riding in the northbound bike lane, when all of the sudden, a red Ford Mustang hit her from behind.

The impact was so great, DeZego landed on the hood of the Mustang, and then on the pavement.

The driver got out of her vehicle, asked if DeZego was ok, and then rushed back into her vehicle and drove off, without leaving any information.

The pictures of the red Mustang have been circulated from security video, and detectives with the St. Louis Metropolitan Police Department are actively pursuing leads. The DeZegos even noted a partial license plate number for the vehicle. Still, no sign of the driver.

In the meantime, DeZego is anxious for answers about the injuries to her leg.  “We’ve heard clot. Possible hairline fracture,” she said. “There are days that I even have to have my husband tie my shoe for me because the swelling in my leg hasn’t gone down.”

What she wants the most is for the hit-and-run driver to take responsibility for the crash.

“We all have to be responsible for our actions. And she knows she hit somebody. I’d really like to see her own up for what she did.”